JBL is an American audio electronics company currently owned by Harman International. It was founded in 1946 byJames Bullough Lansing. Their primary products are loudspeakers and associated electronics. There are two independent divisions within the company — Consumer and Professional. The former produces audio equipment for the consumer home market while the latter produces professional equipment for the studio, installed sound, tour sound, portable sound (production and DJ), and cinema markets.

James B. Lansing founded one year after leaving Altec Lansing as their Vice President of Engineering in 1945. The company was first called Lansing Sound, Inc., from 1 October 1946, and later changed its name to James B. Lansing Sound. The first products were the model D101 15-inch loudspeaker and the model D175 high-frequency driver. The D175 remained in the catalog through the 1970s. Both of these were near-copies of Altec Lansing products. The first original product was the D130, a 15-inch transducer for which a variant would remain in production for the next 55 years. The D130 featured a four-inch flat ribbon wire voice coil and Alnico V magnet. Two other products were the 12-inch D131 and the 8-inch D208 cone drivers.

The Marquardt Corporation gave the company early manufacturing space and a modest investment. William H. Thomas, the treasurer of Marquardt Corporation, represented Marquardt on Lansing’s Board of Directors. In 1948 Marquardt took over operation of the . In 1949 Marquardt was purchased by General Tire Company. The new company was not interested in the loudspeaker business and severed ties with Lansing. Lansing reincorporated as James B. Lansing, Incorporated, and moved the newly formed company to its first private location on 2439 Fletcher Drive, Los Angeles. 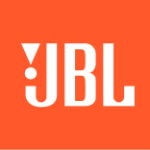 James Lansing was noted as an innovative engineer, but a poor businessman. For the next three years Lansing struggled to pay invoices and ship product. As a result of deteriorating business conditions and personal issues, he committed suicide on September 4, 1949. The company then passed into the hands of Bill Thomas, Then vice-president. Lansing had taken out a $10,000 life insurance policy, naming the company as the beneficiary, a decision that allowed Thomas to continue the company after Lansing’s death. Soon after, Thomas purchased Mrs. Lansing’s one-third interest in the company and became the sole owner of the company. Thomas is credited with revitalizing the company and spearheading a period of strong growth for the two decades following the founding of.

Early products included the model 375 high-frequency driver and the 075 UHF (Ultra High Frequency) ring-radiator driver. The ring-radiator drivers are also known as “JBL bullets” because of their distinctive shape. The 375 was a re-invention of the Western Electric 594 driver but with an Alnico V magnet and a four-inch voice coil. The 375 shared the same basic magnet structure as the D-130 woofer. engineers Ed May and Bart N. Locanthi created these designs.

Two products from that era, the Hartsfield and the Paragon, continue to be highly desired on the collectors’ market.

In 1955 the brand name was introduced to resolve ongoing disputes with Altec Lansing Corporation. The company name “James B. Lansing Sound, Incorporated” was retained, but the logo name was changed to JBL with its distinctive exclamation point logo.

The 4320 series studio monitor was introduced through Capitol Records in Hollywood and became the standa monitor worldwide for its parent company, EMI. JBL’s introduction to rock and roll music came via the adoption of the D130 loudspeaker by Leo Fender’s Fender Guitar company as the ideal driver for electric guitars.