Olympus Corporation is a Japan-based manufacturer of opticsand reprography products.Olympus was established on 12 October 1919, initially specializing in microscope and thermometer businesses.Olympus enjoys a majority share of the world market in gastro-intestinal endoscopes. It has a roughly  share of the global market whose estimated value is US$2.5 billion. Its global headquarters are inShinjuku, Tokyo, Japan. 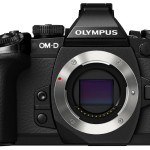 In 2011, the company gained coverage in global media when it fired its newly appointed British chief executive (CEO)Michael Woodford. Woodford, a 30-year Olympus veteran and Olympus’ president and chief operating officer (COO) since April that year, had sought to probe financial irregularities and unexplained payments of hundreds of millions of dollars following his appointment as CEO. Although the board initially dismissed Woodford’s concerns via mass mediaas being “disruptive” actions and Woodford as failing to grasp local culture, the matter quickly snowballed into acorporate corruption scandal over concealment (called Tobashi) of more than 117.7 billion Yen ($1.5 billion) ofinvestment losses and other dubious fees and other payments dating back to the late 1980s and suspicion of covert payments to criminal organizations. By 2012 the scandal had developed into one of the biggest and longest-lived loss-concealing financial scandals in the history of corporate Japan  it had wiped 75–80% off the company’sstock market valuation led to the resignation of much of the board, investigations across Japan, the UK and US, thearrest of 11 past or present Japanese directors, senior managers, auditors and bankers of Olympus for alleged criminal activities or cover-up and raised considerable turmoil and concern over Japan’s prevailing corporate governance and transparency and the Japanese financial markets. Woodford himself, who stated he had received death threats over his exposing of the cover-up received a reported £10 million ($16 m) in damages from Olympus for defamation and wrongful dismissal in 2012 around the same time, Olympus also announced it would shed 2,700 jobs of its workforce and around 40 percent of its 30 manufacturing plants by 2015 to reduce its cost base.The company is owned 17% by two large camera makers, Sony and Mitsubishi (makers of Nikon).