SanDisk Corporation is a company that designs, develops and manufactures flash memory storage devices and software. San Disk is the third-largest manufacturer of flash memory in the world. In October 2015 Western Digital agreed to buy San Disk Corp in a $19 billion deal.

SanDisk has manufactured storage products used in data centers and embedded in smartphones, tablets and PCs. SanDisk’s consumer products are available at 300,000 retail stores in more than 100 countries.

The Fortune 500 and S&P 500 company is headquartered in Silicon Valley and has offices, design centers, test and assembly plants and NAND flash memory fabs located around the world. The company has manufacturing facilities in China, Japan and Malaysia. San Disk has sales, operations, research and development, and administration in the United States, China, France, Germany, India, Ireland, Israel, Japan, South Korea, Russia, Scotland, Singapore, Spain, Sweden, Taiwan, and the United Arab Emirates. More than half the company’s sales are outside the United States.

The company has more than 8,600 employees worldwide.

San Disk is publicly traded on NASDAQ. As of June 2015, its market capitalization was over US$13.3 billion. 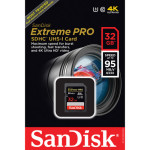 Re:Hub is modern all in one price comparison and review theme with best solutions for affiliate marketing. This demo site is only for demonstration purposes. All images are copyrighted to their respective owners. All content cited is derived from their respective sources.

How to Make Custom Footer Area Via Page Builder

For customers
For vendors
Sign Up for Weekly Newsletter